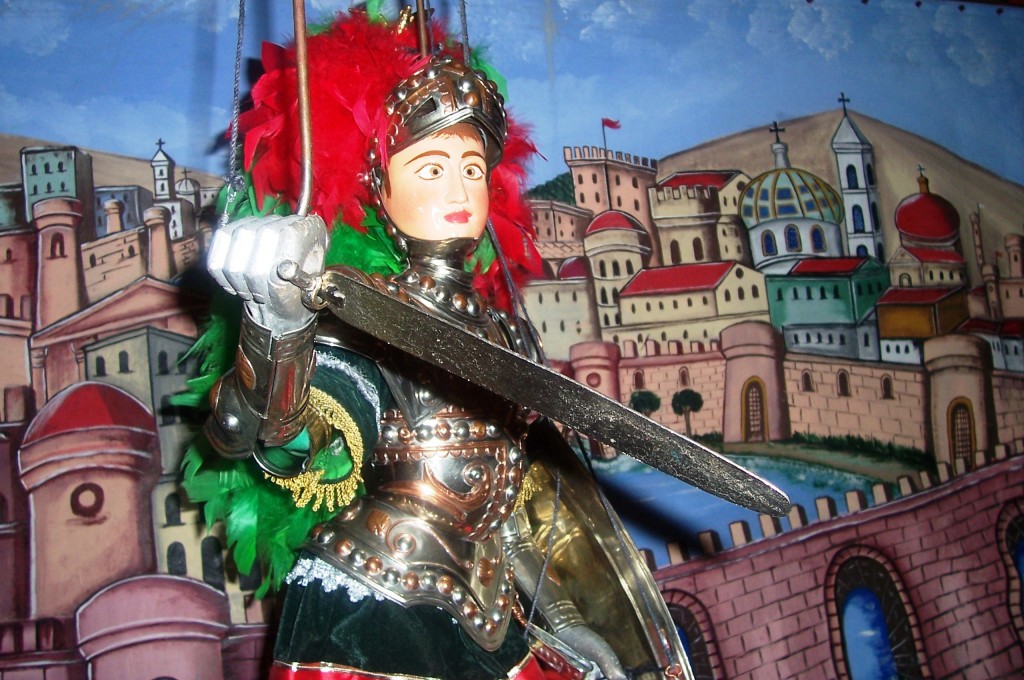 Le battaglie tra Carlo Magno e l’Imperatore Agramante continuano sotto le mura di Parigi: nell’ultimo scontro fra i due eserciti, Rinaldo uccide il principe Dardanello.
His two squires and Medoro Cloridano decide to fetch night the body of their prince, but they are discovered by Christians, Cloridiano is killed and is wounded Medoro.
Angelica fleeing from the leafy forest, meets wounded Medoro, He tries to help, and together find refuge from a pastor who welcomes them in his cave. Here Angelica and Medoro care between the two comes love. Meanwhile Orlando, who she was looking for Angelica, He meets in the woods shepherd that tells the love blossomed between the two. He goes into the thick woods, and when he sees etched in trees declarations of love between two lovers, He goes mad with jealousy and his grief turns to anger. In the throes of a raging crisis he begins to tear down their arms and now out of his mind to wander in the woods (…)

Chants of the ancient Sicily by Paolo Zarcone